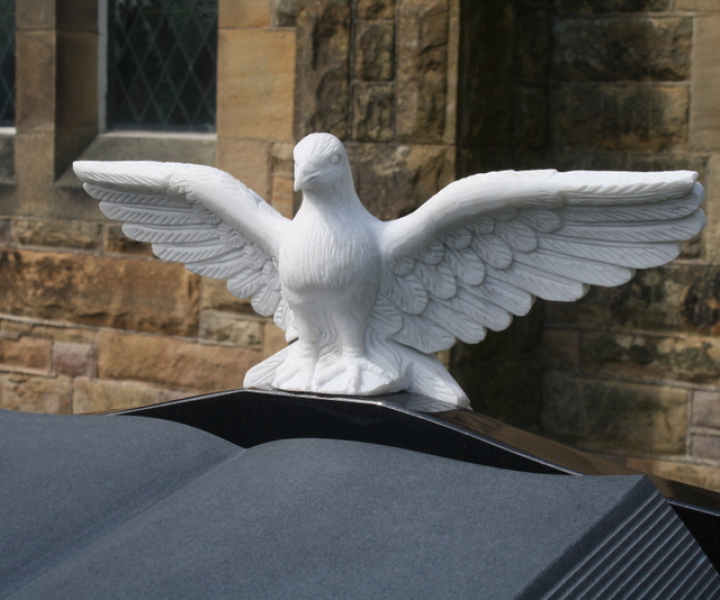 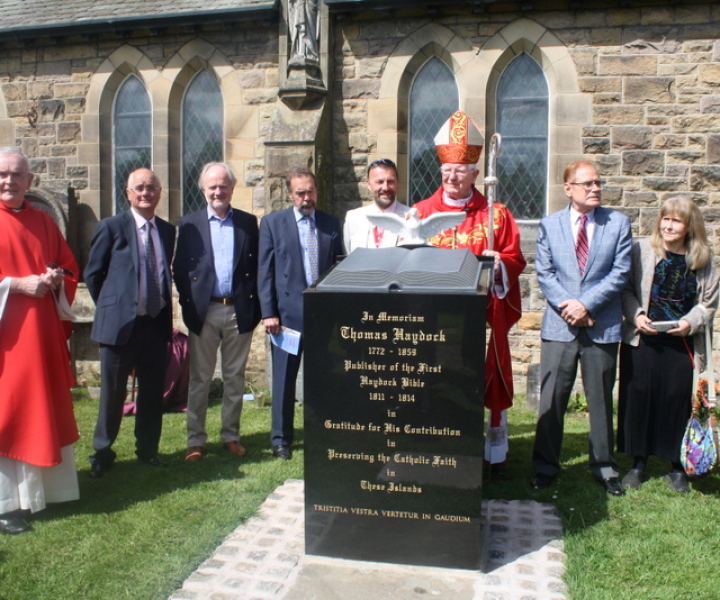 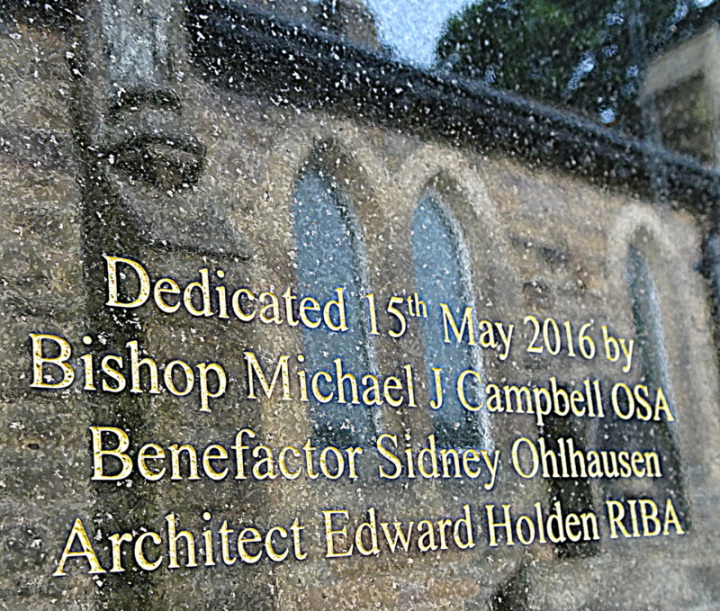 Thomas Haydock (1772–1859) was born at Cottam, Lancashire, part of a unique generation of his long time Recusant family whose combined contributions to Catholicism would be extraordinary. His two brothers became priests; and a sister, Margaret (1767? - 1854), became an Augustinian nun.

In 1785 he went to Douai, where he joined his brother, George, to prepare for the priesthood. In 1793 his studies were interrupted by the French Revolution, which forced the Haydock brothers to escape back to England.

Continuing his pursuit of ordination, Thomas next went to Lisbon.  His superiors there did not feel he had a priestly vocation and sent him home in 1795. Undeterred, he went to Crook Hall, Durham with his brother George in 1796.  Again, his vocation was questioned. Described as “easy going," he seems to have been judged by his superiors as constitutionally unsuited for the risks and hardships of the Catholic priesthood in Penal Period England. Against the wishes of his older brother James, he was finally persuaded to leave the seminary.

Haydock then moved to Manchester to begin his secular career. He began with a successful language school; however, he felt drawn to publishing.  He opened offices in Manchester and Dublin, publishing his first books in 1799. Unfortunately, he proved seriously lacking in business skills.  In 1816 he served four months in debtors' prison.

Undeterred, Haydock continued publishing. Circa 1818 he married Mary Lynch of Dublin. Unfortunately, tragedy would dog his family life, just as it did his business. Mary died in 1823. Their three children all died young.

Haydock struggled on with publishing at least until 1831.  At some point, he opened a school in Dublin where he resumed teaching until 1840. He left Dublin probably about that year and moved first to Liverpool, then to Preston, where he died in 1859, aged 87. 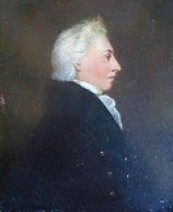 George Leo Haydock was born in 1774 at The Tagg in Cottam, Lancs.  He took the Confirmation name Leo after Pope Saint Leo I.  (5c)

In 1785 he began priestly studies at Douay, from whence he was forced to flee in 1793 due to the French Revolution. Returning to England, he was ordained a priest at Crook Hall in 1798, and remained a professor there until 1803, when the pastoral phase of his career began.

His first assignment was the poor mission at Ugthorpe, North Yorkshire, where he found time to complete the annotations for the Old Testament of his brother Thomas' Bible.  These were partly original and partly compiled from Patristic writings and those of later Bible scholars.

After Ugthorpe, Father Haydock's next assignment was at Whitby. While there, he continued his literary career with a series of prayer books, responding to an increasing desire by Catholic congregations to increase participation in the Mass. Also while at Whitby, Haydock continued to serve Ugthorpe as well for most of the period until 1827, when Nicholas Rigby was permanently assigned.

At this point, a series of problems began coming to a head over financial issues.  Basically, Haydock, who generously subsidized his destitute missions from his own funds, felt he was being taken advantage of.  The disputes annoyed his superiors who first reassigned him to Westby in the Fylde over strong objections from his Whitby parishioners,  then interdicted him from saying Mass.

In 1831 Haydock dutifully returned to The Tagg, where he remained for eight years, devoting himself to study.

After a frustrating series of appeals, his interdiction was finally lifted in 1839.  Upon reinstatement, he was assigned to Penrith, another poor mission, where he was credited in 1846 with restoring calm after a revolt over the "navvy" crisis.  Despite suffering from a heart ailment  he continued working zealously, even beginning construction of a new church, but died in November, 1849,  just two months from its completion. He is believed buried in an unmarked grave under the chancel.

PRINTING AND PUBLISHING
THE BIBLE

Thomas Haydock's most important publication was his great folio Bible.

This project took from 1811 to 1814.  As were many editions of the Bible at the time, Haydock’s was published and sold by subscription, a few leaves at a time, in fortnightly “numbers.” Subscribers would accumulate the numbers and ultimately have the completed Bible bound. As the Bible progressed, new general title pages were issued in 1811, 1812, and 1813, showing variously Thomas Haydock’s Manchester or Dublin locations. Most copies of the complete Bible would include leaves published from both locations.

Given the sparse resources for Catholic publication at the time, the Haydock Bible must be considered a remarkable achievement. Produced in impressive large folio with full page plates, it received an enthusiastic welcome from English and Irish Catholics. At least 1,500 copies of the first edition were sold. Circulation of the folio edition continued well after 1814, with some copies issued a new title page, dated 1823.

A separate New Testament appeared in 1831.

Informative videos can be found on St. Andrews, Cottam website (https://www.standrewscottam.org.uk/), including one which includes reference to the Haydock memorial at St. Mary's. See https://youtu.be/FvaUYLxyP60